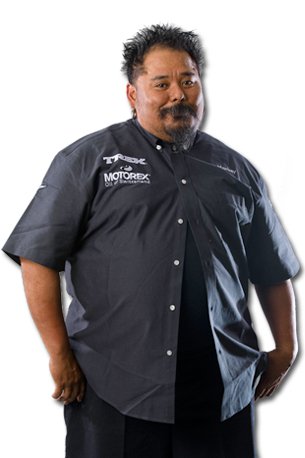 Background:
A legend in the sport, having wrenched for many teams including Yeti, GT, and Global Racing. Long time mechanic for Missy Giove and Brian Lopes. Wrenches for Aaron Gwin and Neko Mulally. Lives in Hesperia, CA, USA. 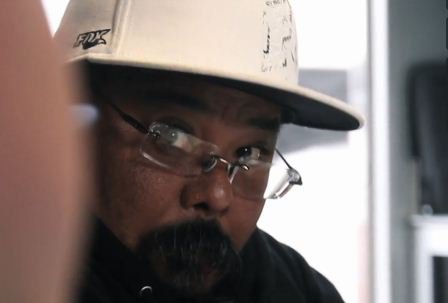 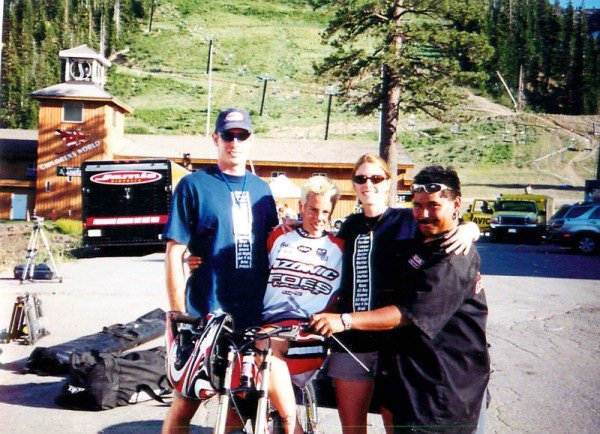 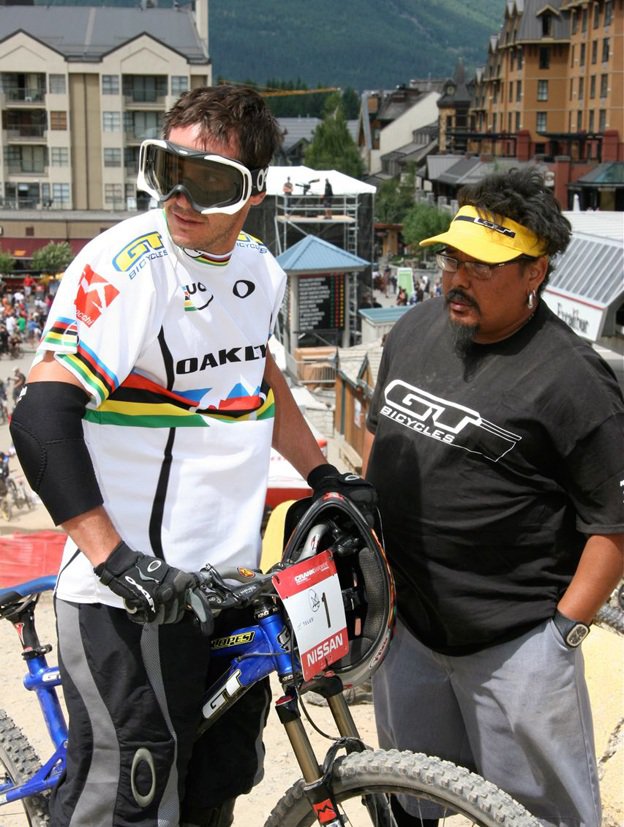 * «He's the last guy in the pits,» says Lopes. «He'll stay up all night to get the bikes dialed. Driving that truck around and going to races is his life.»

* He might be slow now, but he was once much faster--until two blown knees nearly crippled him. The nickname Monkey was given to him by his cousin after Vasquez deftly scaled a 12-foot-high fence while being chased by the cops.
________________
Why We Love Him: Monkey, as Vasquez, 35, is known, started his pro career in 1993 wrenching for the powerhouse Yeti team. When the head mechanic had back problems, Monkey stepped in to fill the spot. Yeti owner John Parker was so impressed with his work that he asked Monkey back the next year as head mechanic.
A World Champ Calls: During Monk's Yeti days he lived in Durango, Colorado, near the legendary Missy Giove—a three-time national and 1994 downhill world champion. They'd go motocross riding, snowboarding, downhilling, BMX riding, «just about anything that was stupidly fast or fun,» he says. After five years, Monk burned out on the corporate thing and moved back to his hometown of Hesperia, in the high desert of California. «One day I got a call from Missy; she wanted me to be her mechanic on Foes/Azonic,» he says. Initially Monk declined, but Giove wouldn't accept no for an answer.
And So Does Another: After five years with Giove and another two with the Maxxis mountain bike team, Monk was about to switch to moto-cross wrenching when he got a call from three-time world champion Brian Lopes: «He said he needed a mechanic at GT—I was floored.» This is Monkey's second year at GT, wrenching for the entire squad.
Essential Tool: «My whole toolbox,» Monk says. «I lost it--no, the airlines lost it--at the end of last season and I thought I was going to have to retire. It's very hard to replace 13 years of your life.»
Wrench's Best Friend: Monkey's bulldog, Moto, began traveling to the races as a pup in 2001; she's been on the road ever since.
Maintenance Tip: «Most of the time I just keep my fingers crossed and hope it goes well,» Monkey says.
________________
Chris 'Monkey' Vasquez is one of the longest standing and most respected mechanics in the game been a professional mechanic since 1993, he's been head mechanic for team yeti, team Maxxis, Missy Giove, Brian Lopes, Kirt Voreis, Jill Kitner and Aaron Gwin (and probably some others I've missed).

He used to race BMX at a high level but blew both his knees and nearly ended up a cripple, as he could never ride again he became a mechanic.